Peninsula Bible Church, Cupertino, in California, USA, installed the stained glass window, shown below, in 2007. It is 23 feet high, and dominates the auditorium of the church. This window is not only a breathtaking piece of art. It’s also a wonderful teaching tool, telling the Bible story in a series of images through the window. At the centre, and dominating the window, is a cross. Another striking element is the rainbow that flows around the top of the cross, from the first vertical panel on the left, right through and into the final vertical panel on the right. The window was designed by Bernard Bell, a pastor of that church, who called it The Big Picture. He hopes that the window will form and shape an understanding of the great story told in the Bible in both adults and children. 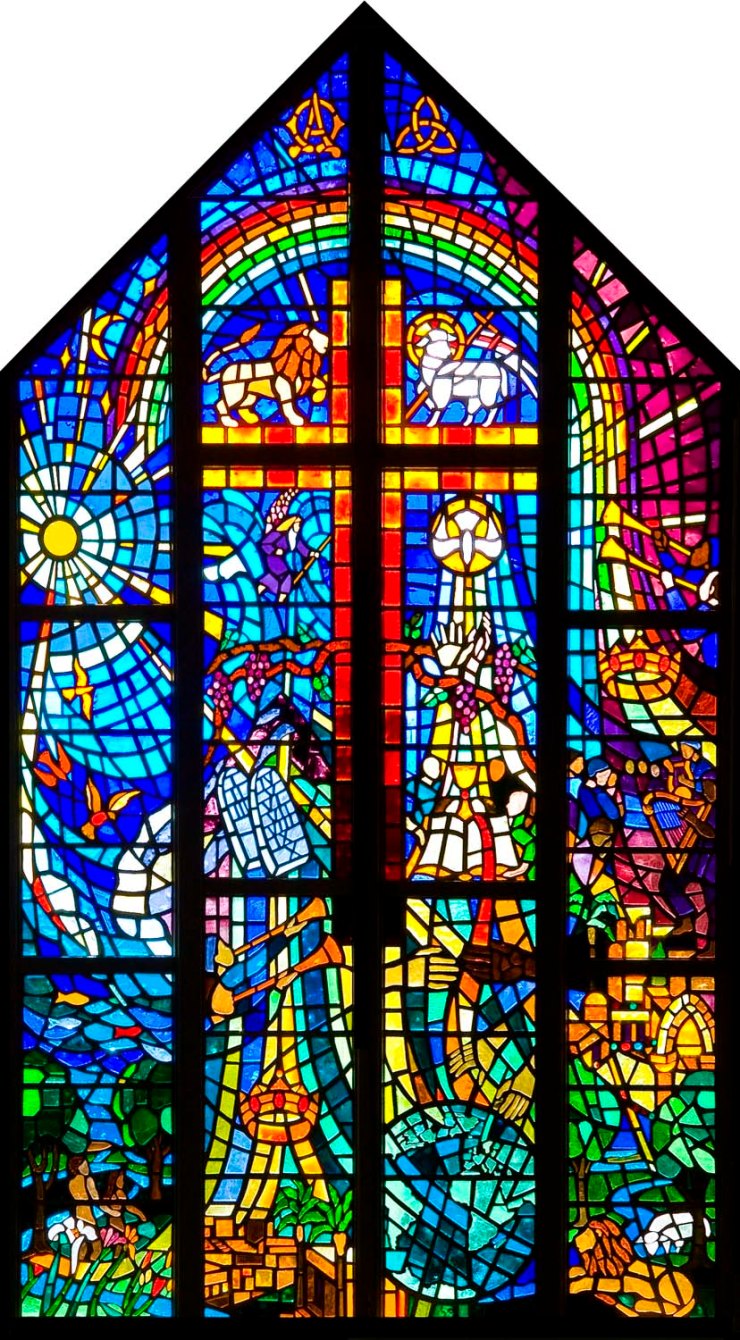 Shortly after its installation, Bernard Bell preached a sermon explaining the window. He said, “Our service today is shaped around our new window. You’ve had a couple of weeks to look at this window, to figure out what is in it. It has been fun to watch you reading the window, especially to see you reading it with your kids. This window is indeed designed to be read, just like the stained glass windows of the old cathedrals in Europe. The Bible is a story, the great story of God’s involvement with the world and of human response to him. This window tells that story pictorially; it is to be read as a story. The window is structurally designed in four vertical bays, but thematically designed as five acts with a prelude. The prelude is God himself. The five acts are the five major stages in his dealings with the world: creation, Israel, Christ, church, and consummation.” Click HERE to read the rest of this sermon; it’s also available as a PDF HERE.

The window was featured in the local newspaper, the Cupertino Courier. Read the journal’s article HERE.